Since 2011 the Afrosiyob service has connected Tashkent with Samarkand in Uzbekistan using several Talgo 250 sets designed specifically for use on 1520mm-gauge infrastructure. These are Central Asia’s first high-speed trains.

Uzbekistan Railways (Temir Yoʻllari').  Has revitalised its operations following significant investments in infrastructure improvements and the procurement of new rolling stock for its Afrosiyob service, which operates between the country's capital, Tashkent, and one of its most important cities, Samarkand. Named after the founder of the historical city of Samarkand, the new trains have significantly reduced travel times between the two destinations while offering the safest and most comfortable means of travel. The 345km journey can be covered in only two hours instead of the three-and-half-hours it takes using conventional trains.

To the initial two 9-car trains purchased in 2009, two more 11-car trains were added in 2015, which allowed expanding routes to serve destinations both to the south of Samarkand, Qarshi, and to the east, Bukhara. This second order was testimony to the huge success of the first units, which was endorsed again in 2019, with the acquisition of two other units of 11 cars each and 4 complementary cars to increase the capacity of the first order. Now the Afrosiyob fleet consists of 6 trainsets of 11 cars each.

The successful application of Talgo’s technology in Uzbekistan has not only provided the best solution given the specific needs of the operator, but also demonstrates that it is possible to implement low-cost high-speed systems that require minimal intervention on the existing rail network. The trains used on the Afrosiyob service demonstrate this by operating at maximum speeds on straight sections of the line, and continuing to operate at reasonably high-speeds through curved sections, which helps to significantly reduce overall travel times.

Afrosiyob trains are equipped with traction equipment developed and manufactured entirely by Talgo. They comfortably comply with strict requirements to operate in Uzbekistan’s harsh weather conditions, which can peak at close to 40ºC during the summer months, and frequently sink below -25ºC during the winter 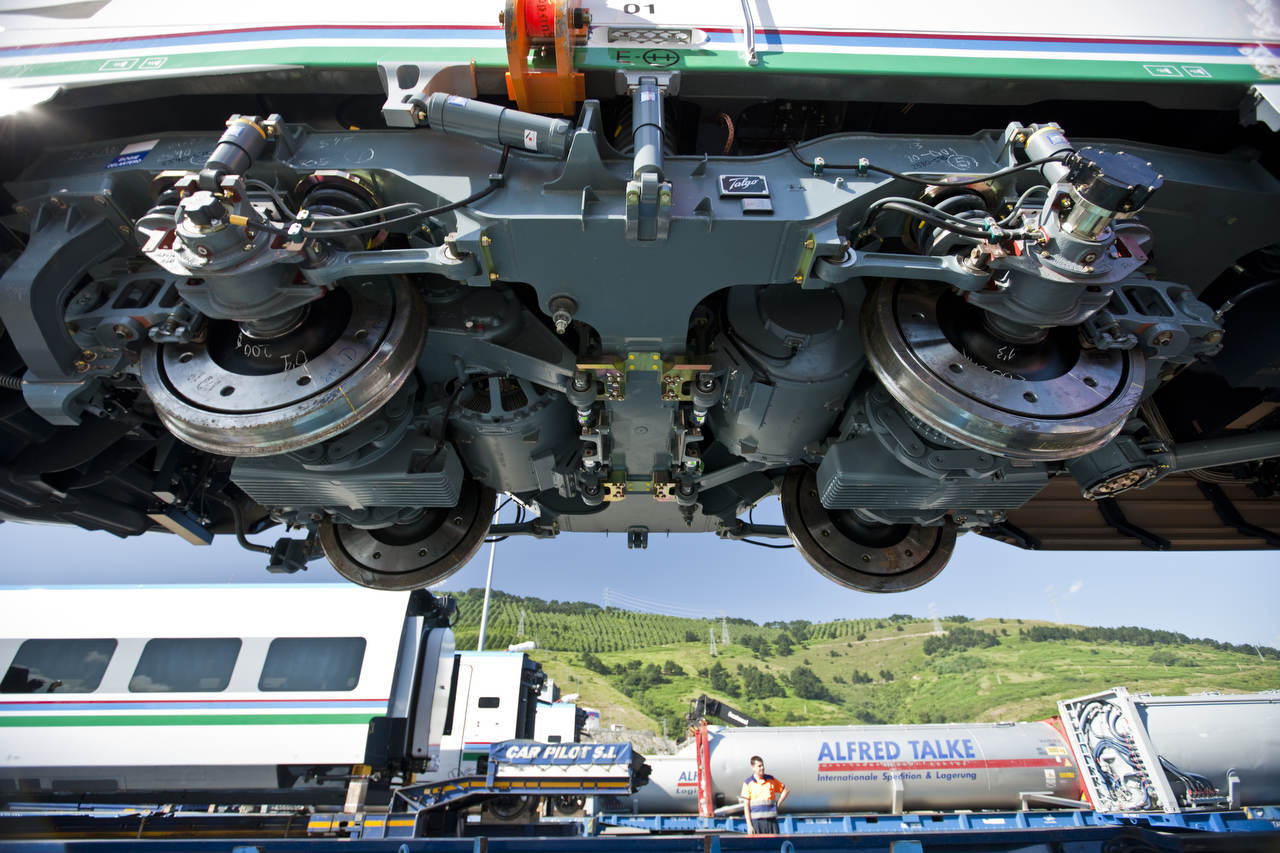 With the Series 250 Afrosiyob, Talgo has not only manufactured high-speed trains with the best price/features ratio in the world, but the manufacturer is also committed to ensuring that they receive meticulous daily maintenance. Thus, Talgo guarantees maximum availability and profitability of its high-speed trains to Uzbekistan Railways.

Afrosyob trains are designed and equipped to offer a far superior service to the equivalent road journey. The nine-car trains (11 in the recently purchased version) are divided into three classes, and are designed to satisfy the specific needs of the operator.

Last Updated 6/15/20
null 0 Folders
null 3 Images
There are no media files in this folder.